SuhaibWebb.com | Lessons from a 10-year-old Beggar 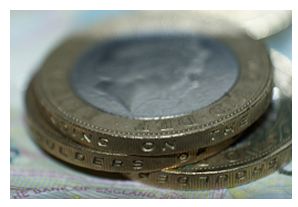 After work last week, I decided to take a trip to the local coffee shop. I ordered my iced latte and began my walk home. Coffee in hand, I found myself sandwiched by two small children. I turn to the young boy on my right and smiled, instantly realizing they were walking by my side because they wanted money. Because I had the coffee in my hand, it was a bit difficult to pull out a few pounds to hand over to the young children, so I decided to make conversation as I tried to pull the coins out of my wallet.

“Abdullah! What a nice name! How old are you?”

I took a deep breath of air as I began to think about what I was doing at the age of ten. I was running around, carefree. I was going to the swimming pool weekly and riding my bike to the park. I was ordering pizza on Fridays and going out to eat on Saturdays. I had no idea what this boy’s childhood felt like, because he didn’t have any of those things. His childhood was rough, filled with asking for money not only for himself, but also for his family.

I finally found what I was looking for and handed the boy 5 shiny pounds. As I passed them over to him I said, “Share with your sister,” and pointed to the girl on my other side. The boy looked at me, shouted, “She’s not my sister!” and took off running.

I instantly felt a pang of sadness. I didn’t have any more money for this girl, and she was standing there, waiting. She continued walking by my side, hoping that I would somehow come up with more coins. After about a minute I noticed Abdullah, standing on the sidewalk, looking at me. I put a smile on my face and said, “Abdullah, come here please.” He walked over without any hesitation. “Abdullah, I gave you 5 pounds right?” Instantly he began defending himself. “Yes, but I have a family! I have a sister! She’s just a baby and she’s sleeping!”

I continued to smile at him and nodded my head as he spoke, until he was finished. “Abdullah, I gave you 5 pounds so that you could share with her. It’s up to you now. You decide what you are going to do. You can be stingy, or you can be generous. If you are generous with what Allah has given you, He will put people in your path that are generous with you. But if you are stingy with the blessings that Allah gives you, then He will put people in your path that are stingy and don’t ever share anything with you. What we do always comes around in another form.” Abdullah looked at me as he was processing this new piece of information that I gave him. He began to look from me to the coins and then back at me again. He then confidently nodded his head, took 3 of the 5 coins that he had, and gave them to the young girl, smiling.

Abdullah learned something that day, but even more so, I learned something. Abdullah wanted to keep what he had been given of this life. He wanted to be stingy and hold on to his old ways and his desires. But when he was advised and given a new perspective, he didn’t allow his ego to get in the way. He didn’t block out any new ideas because they didn’t fit his way of thinking. He didn’t try to justify himself further. He listened, he pondered, and then he acted. While watching this young child, I couldn’t help but think that this is how we, as adults, should be as well. How many times have we been advised by caring individuals, yet we block out their advice before even considering whether or not this advice is true? How many times have we chosen to listen to our desires rather than listen to a voice of wisdom, be it internal or external? How many times have we allowed our egos to take the lead role in our conversations rather than our hearts?

Next time we find ourselves in a situation in which we are being advised, be it an internal voice of reason or another person standing before us, we should think back to this young boy, Abdullah, and try to follow his example: listen to the advice, process the advice casting aside our desires and our ego, and, if we find that it is best for us, immediately act upon the advice.