Brasilia (IINA) – Alex Pereira, the notable Brazilian kickboxer, who is ranked first in Brazil and Latin America, and sixth worldwide, has converted to Islam, said Sheikh Khaled Taqi el-Din, president of the Supreme Council of Imams and Islamic Affairs and the manager of Islamic Affairs at the Federation of Muslim Associations of Brazil.

In a statement to the International Islamic News Agency (IINA), Taqi el-Din said: “In his quest for mental peace and perfect character, the kickboxer found a lot of comfort after reading about the light of Islam. Consequently, he decided to visit the Federation of Muslim Associations in Brazil to learn more about the message of Islam, its civilization and its bestowal upon mankind, and eventually decided to utter the two testimonies (Shahadatain)”.

Taqi el-Din pointed out that “Pereira, who will compete this month at Dubai World Cup 2015 for the World’s Title, talked about his physical strength, saying he is ready to fight the upcoming matches to win the title, but he stated that there was strength he sought for, namely psychological and spiritual strength, to fill the inner void that he had felt”.

“The kickboxer, who read some books about Islam given to him by a friend, called Hamza, became a frequent visitor to the Federation of Muslim Associations in Brazil to meet with scholars, who explained to him the principles of Islam. Consequently, he decided to convert to Islam,” Taqi el-Din noted.

“The Federation of Muslim Associations in Brazil has adopted a new project, dubbed “Muslims for Peace”, with a view to familiarizing the world with the sporting, intellectual and scientific elite who play a significant role in the Brazilian social life and the anti-Muslim campaigns launched by some media outlets,” he said.

“These campaigns did not pose any obstacle to familiarize the people with Islam. On the contrary, they prompted more people to learn about Islam and convert as Muslims” he added. 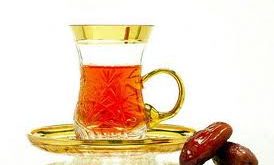