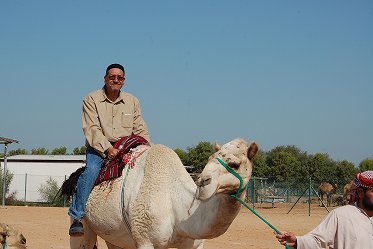 Imam Yusef Maisonet, takes a camel ride in December in Al Ain, a city in one of the United Arab Emirates. He was leading a cultural exchange trip for American Muslim Woman sponsored by the American Muslim Leadership Program for Females.