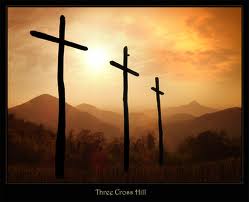 Prancing through the pages of history,  ploughed into Muslim Spain – a beacon of civilization to the rest of Europe. Cordova, the seat of Caliphate, had paved and lit street and boasted bookshop and more than seventy libraries 400 years before the  rest of Europe even learned how to make paper.  Cordova that iconic centre of knowledge based power house, once known as the ‘bride of Andalus’. Muslim Cordova had its own unique taste and beauty and a distinctive aroma of its own. Once a citizen of Cordova visited Toledo to see a friend, and the latter cried out with joy , “come near me that I may inhale the scent of Cordova from your dress” Cordova at its zenith was an  era where the rulers were vying with one another enlisting best of  thinkers, philosophers, scientists – unlike the modern day rulers of the Islamic world vying with one another to have the biggest airport, tallest buildings, biggest horse racing tract, biggest water pond in the world.

Cordova became the mecca of knowledge and wisdom, excelled in the field of medicine, astronomy, mathematics, algebra, law, history, pharmacology and so on – where thinkers, philosophers, scientists of all colour and creed mixed and mingled   freely, exchanged thoughts, ideas and experiments. It was a unique era  where philosophers fought knowledge with knowledge , books with books, famous being the battle of wisdom and knowledge between   Ibn Rushd ( known to the western world as “Averroes” and Abu Hamid al- Ghazali.

Born to a poor family , orphaned as a child Ghazali was gifted with exceptional intellectual powers. He was a philosopher to the very tip of his fingers. Years of study on philosophy only landed in wilderness of doubts. His book the Incoherence of the Philosophers  ( Tahafut al Falasifah) earned the wrath of friend Inb Rushd who wrote a rejoinder Incoherence of Incoherence (Tahafut al Tahafut) and an equally famous book Kitab Fasl al maqal. He accused Ghazali as a hypocrate and gave point by point reply to his accusations. He placed the Prophets above the philosophers because ‘every prophet is a sage, but not every sage a prophet.’

Out of the philosophers whose books reached the Latin world, ibn Rushd of Cordova was, by far, the most important. Dr. Singer says about of him that he is “one of the most influential thinkers of all time”. Ibn Rushd was lauded as a commentator, but condemned as a thinker. He had a host of admirers at Oxford, Paris, Montpellier, Naples, Padua, Bologna and Venice. Roger Bacon had a profound reverence for him. Dante honoured him as ‘the great commentator’, but consigned him to hell in his Divine Comedy. In a letter dated Oct. 1498, Christopher Columbus acknowledges ibn Rushd as one of the authors whose writings inspired him to discover the New World. Books published about ibn Rushd began with words of praise for him. During the 14th and 15th centuries, he was considered an equal of Aristotle in wisdom. But he had many critics also. His belief in the eternity of the universe, his denial of miracles, and his theory of ‘double truth’, were unpalatable to the Church. His enthusiastic disciples gave the wildest interpretations to his doctrines with the result that in orthodox circles he was seen as an opponent of religion. In Paris in 1240, and again in 1269, he was censured by the Church. Robert Kilwardby, the Archbishop of Canterbury also joined the crusade against Ibn Rushd. Thus, Christianity came in conflict with philosophy. Just as the study of Greek philosophy raised certain metaphysical and ethical controversies relating to revelation, creation, nature of God, free-will, the origin of multiplicity, the soul and the intellect, and which gave rise to speculative philosophy (ilm al kalam), in the same way ibn Rushd’s philosophy gave birth to Christian Scholasticism. A group of learned theologians came forward as champions of faith. Among these scholars, the most famous were Albert Magnus (1193-1280), and St. Thomas Aquinas (d. 1274) Dressed as an Arab, Albert lectured at Paris on Aristotle in the light of the works of Avicenna, al-Farabi and Al-Ghazzali. They took ibn Rushd to task and asserted the authority of the Church. He upheld that the soul of every individual is a separate entity, and attacked the theory that primeval matter existed before creation. The Saint drew most of his arguments from Ghazzali. The freethinkers of Europe loved ibn Rushd, but the Church looked to Ghazzali (even though an infidel Muslim) as their defensive bulwark.

The virulent outbursts of Petrarch (1304-1374) against Arabian/Islamic learning in general, and ibn Rushd in particular prove the extent to which Arabian thought and culture permeated all Europe. His aversion is seen on every page of his writings says Renan – French Philosopher. Petrarch was averse to the use of Arabic terminologies by the Italian physicians. In a letter to this friend Dondi he writes — ‘I request you not to take any notice of the Arabs as if they never existed. I hate the entire race. I know the Greeks produced many thinkers, poets and men of eloquence, mathematicians, and orators, but the Arabian physicians! You know what they are. I have read their poetry which is all depressing and obscene. And still I fail to understand why highly educated men heap praises on them that they hardly deserve I was surprised when I heard a physician saying (and he was supported by his colleagues) that he would not permit even a modern Hippocrates to produce any work if the Arabs had not already written on the same subject. On hearing this I felt stung, and my heart went to pieces as if pierced by a sharp weapon, and I thought of burning my books… O! the folly of it. O! Italy’s wisdom. Is it sleeping or is it extinct?’ Thus Islamophobia was born as far back 13th Century and continues to date. In a letter to Luigi Marsigli, a monk of the Order of St. Augustine, Petrarch writes against ibn Rushd. ‘I appeal to you to write, at your convenience, a book against the mad dog ibn Rushd who is incessantly barking on Christ and the Catholic faith’. Even the painters of Italy did not spare the Cordovan sage. He appears in several frescoes as a representative of heresy. He can still be seen in a hell scene surrounded by snakes, painted in the Campo Santa of Pisa. This was painted in 1335 by Andre Orcagna. One of the most remarkable is the frescoe painting in the church of St. Catherine at Pisa. Here, St. Thomas is seen sitting on a stool below an enthroned Christ. The Saint has a copy of his Summa in his lap. Below him is ibn Rush reclining in abject misery while a ray emanating from the Summa falls on his commentary flung near him.

The impact of Arabic thought on Christian Spain is equally significant. The influence is clearly seen in the writings of some thinkers who were actually trained to serve as missionaries of the Church. ‘The failure to destroy Islam by the sword (says Miguel Asin Palacios, who was once a Jesuit priest and Prof, of Arabic at the University of Madrid) begot in its turn the ideas of the pacific conquest of souls, and led in the thirteenth century to the establishment of the Missions to Islam’. The Franciscan and Dominican Friars were the leaders of this movement. In this context three brilliant missionaries are of much importance They are Raymund Martin (1230-1286), Raymud Lull (1235-1315) and Fr. Anselmo de Turmeda (D.1420). Raymund Martin was a Dominican from Catalonia and was specially trained for spreading Roman Catholicism among the Jews and the Muslims. He studied the philosophical writings of Ghazzali, Farabi, ibn Sina and ibn Rushd. One of his books entitled ‘Pugio fidei adversus mauros et judaeos’ was written with the object of converting the Muslims (mauros) and the Jews. In the process of his studies, he had also to prepare himself to defend Christianity from the heretical tendencies of philosophy of Ibn Rushd’s European disciples. Martin found a readymade defensive arsenal in Ghazzali’s Tahafut al-falasifa He extracted all his arguments from Ghazzali because he believed that in combating heresy it was best to bring the philosophers themselves into the arena. The other Spaniard (Raymund) was a Majorcan by birth, and belonged to the Fanciscan Order. He came from an aristocratic family, but at the age of 30 he renounced everything, even his wife and children for a life of devotion. He began as a dedicated opponent of Ibn Rushd as well as Islam. As Averroism and Islam were heresies in his eyes, he set out to fight both. One dream of his life was to destroy Islam — says Renan. At the Council of Vienna held in 1311, he appealed to the Pope Clement to promote a military order to destroy Islam. He wrote many Pamphlets against ibn Rushd. Renan has given a whole list of these pamphlets. One pamphlet illustrates the thinking of this Franciscan. The ‘Lamentations’ appeared in Paris in 1310. He resorts to an allegorical form to explain that Christian theology is superior to the doctrines of Averroes i.e. ibn Rushd He presents Dame Philosophy expressing her deep anguish at the pernicious doctrines of philosophy, pleads her innocence and asserts that she is a humble maid of theology, and invites all scholars to come to her aid. The fire that burned in him carried him to Africa to preach the Gospel to the Muslims. He died there in a scuffle. But before his death, a great change came over him after a study of Spanish sufis — ibn al-‘Arabi, ibn Sab’in and al-Shushtri. The Spanish Arabist Julian Ribera called him ‘a Christian sufi’. Lull was a master of classical Arabic and his writings betray close affinity with the Sufi thought and practices. Imitating the 99 names of God (isma al hasna) he wrote his Hundred Names of God ( Els cent noms de Deu). In another book he advocated sufi practices. He desired that the Bible should be recited in the manner the Muslims recite the Holy Quran. He liked the honourific epithets used by the Muslims for the Prophet, and suggested that the Christians should also use similar phrase for Jesus Christ. And finally he recommended that women should sit separately from men in Church as in a Mosque. ( The modern day Churches and Evangelists call this deceptive manner of spreading the message of Jesus ( peace be upon him) as Contextualization  – Churches be built close to Masjid in identical architectural style , Hospital Mission – The Floating Hospital Mercy, Floating Library – M.V. Logos Hope and Doulos, messages of Jesus in Arabic calligraphy, The True Furqan which carries 77 chapters identical the Holy Quran, some named as “ Sura Al- Nisa,  Sura Al Noor, Al Maida, Al Tawbah, Al Qadr, Al Furqan, Al Munafiqeen, Al Talaq, Al Kafirun, Al Isra. This pacifist approach is now coupled with military might. When Bush Jr. said attack on Afghanistan ‘is a crusade’ he spoke his heart out being a Born Again Christian. Invasion of Iraq, military assault on Afghanistan, every day,  land grabbing and indiscriminate killing of Palestinians men women and children are part of the silent crusade against the Muslims. The life of the Third Missionary is equally interesting. Anselmo de Turmeda was born at the island of Mollorca and after his theological studies he became a missionary. He was fascinated by the natural philosophy of the Ikhwan al Sufa and wrote several books. This missionary left Spain, reached Tunis, converted to Islam and took the name Abdullah. He died in Tunis and was buried  in a tomb which is held in great respect to this day. Before his death, he wrote a work against Christian doctrines using much of the material from ibn Hazm’s Kitab al Lilal.

Extracts from the Book  “The Story of Islamic Spain” by syed Azizur Rahman.