Give Good Tidings to the Patient By MUHAMMAD HAQ (HAQ)

It is one of those unavoidable facts of life: sometimes we find ourselves in situations we don’t want to be in. Often, we have to do things or resist doing other things. The Qur’ān and Ḥadīth mention such occurrences, and also elaborate on our response to them. Thus the following verse:

“And We will surely test you with something of fear and hunger and a loss of wealth and lives and fruits, but give good tidings to the patient” (Qur’an, 2:155)

Although is confirming the fact that we will face times of difficulty, it is phrased in a way which alludes to how we should respond.

The Arabic word used for ‘something’ in the phrase “with something of fear…” uses the singular شيء instead of the plural for two reasons. Firstly, it places us in a state of apprehension in that, as the singular indicates, any one of the tribulations mentioned may afflict us. So the prudent amongst us will take precautions and live in a manner which prepares them to face such trials. In a sense, we are responding to trials before they occur. Yet at the same time, and this is the second reason why the singular was used, it gives us a sense of comfort that Allah (swt) will not throw all of these tribulations at us at once.

This verse is discussing two concepts and our response to them. 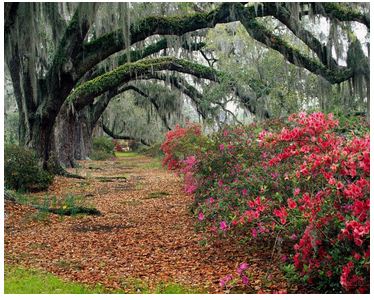 It’s interesting that the verse begins by mentioning two situations relating to our inward states – that of fear and hunger. Both are feelings and mental states.  This emphasizes how we react to situations, rather than focusing on the situations themselves.  Here we will briefly look at what is meant by ‘fear,’ before discussing how we ought to respond to it.

The word used in the verse is خَوْف, which literally is translated as ‘fear’. In reality, خَوْف more specifically refers to those thoughts we have about all the negative things that may happen to us in the future. This is in contrast to الارتياح, which refers to the good things we think may happen to us. The latter is a source of hope, whilst the former can be inhibiting if left unchecked. What is the Qur’ānic advice on how we should respond to these thoughts?

The verse ends by explicitly mentioning what our response should be: patience. We’ve probably heard this before. Here lies the danger: the difficulty isn’t in the mental cognition of patience, i.e. just knowing what patience means – the difficulty lies in it’s practice. This is similar to how Buddhist monks in meditation spend hours simply trying to track their thoughts. The idea is simple; its implementation is not. So it’s not surprising to find someone like Imām al-Ghazālī (May God shower him with His mercy) expounding on patience. Indeed many Greek philosophers before him had done the same.

The Imām mentions how patience, more specifically when we resist doing certain things, is unique to humans –  in exclusion to the angels and beasts. Beasts, he argues, are predisposed to following the dictates of their nature, they don’t have an intellect to obstruct them from fulfilling their inclinations, and so they have no need to be patient. Angels do not have any inclinations except to offer their services to Allah (swt). Hence they too do not have the need to be patient. Humans, on the other hand, have passions and desires similar to beasts, yet at the same time have an intellect which discerns actions that are good and moral and those that are evil and immoral.

Of more interest, perhaps, to parents and educators, is that he says how children behave like animals in that they seek to fulfil whatever they desire. This is mentioned in a scientific manner rather than a derogatory manner. A child will disregard the fact that too much sweets are bad for the teeth, and will insist on having them if they so desire. Here, it is the parent or guardian that acts as the intellect for the child, by protecting the child from their own desires and lower self (hawā).  A spoilt child, unfortunately, is deprived of such a guardian, and in a sense grows up with a malfunctioning ‘intellect.’ This relates to appearances and realities. It may appear to be kinder if someone does as their child wants, or it may seem as if disciplining children requires a lack of love since someone truly loving their children won’t be able to properly discipline. The reality, however, is that true love and kindness is shown by securing for the child what’s truly in their long-term benefit. And hence the Prophet (saws) said:

“No father had given his child anything better than good manners.”

Fathers are mentioned here not because they are somehow better than mothers, but to stress the fact that the onus of the education of children primarily falls on fathers, possibly due to the cost factor involved, and in Islam, all financial obligations are placed on fathers. So this is something worthy to be kept in mind when we think about the education of our children; do we simply want them to store academic information and become skilled employees, or do we at the same time want to make them better humans and ultimately better servants of God?

Coming back to al-Ghazālī, adults, even those who have had a good upbringing, face two opposing forces from within. They have their bodily inclinations, including the need for food and drink etc…all of which if a person engages in without restraint will not only lead to negative consequences in this life, but will lead to the destruction of their hereafter (ākhira). The intellect then, fights back, and recognises the danger in continuously and unrestrictedly fulfilling such desires, aware of the risk this poses to one’s hereafter (ākhira). This prevention of the self from acting out its desires results in the need for patience.

Patience is then divided into two broad non-exclusive categories: physical and spiritual/psychological.

Sometimes we have to be patient physically; for example, when we find ourselves in situations having to perform physically demanding tasks. Other times, it is not so much as us doing something, but more of tolerating something done to us; this is characterised by what the Muslims went through for thirteen years in Mecca.

More frequently however, the need to show patience at a more spiritual or psychological level is demanded of us. This is the battle of the two forces of the intellect and bodily inclinations as mentioned above.

What this means is that patience is not the absence of ill-feelings or internal unrest. Rather, it is resisting the temptation to give in to such feelings and to avoid translating them into action. Other times, it is persevering through difficult times when we may not be able to change a situation we’re in. A good example of this is when the Prophet ﷺ lost his son Ibrāhīm. He said:

“The eyes send their tears and the heart is saddened, but we do not say anything except what pleases our Lord. Indeed, O Ibrahim, we are bereaved by your departure from us.”

The Elevated Status of the Patient

In several verses Allah praises patience. Indeed such an elevated status is divine acceptance of the difficulty faced by people who are patient.  One hadith will suffice here. The Prophet ﷺ said:

“Patience is half of faith (īmān).”

This is because one cannot be a believer except by abstaining from certain actions, statements and beliefs, while at the same time affirming others. Abstention from such actions requires patience, as does the performance of other actions. In that sense, all of īmān would be comprised of patience, so why did the Prophet ﷺ mention patience as forming half of faith? The answer lies in the fact that some of the statements, actions or beliefs may already seem distasteful to someone. Similarly, those things that one must engage in as part of his faith may already seem enjoyable to him. Hence, abstaining from them or engaging in them, will not require patience as the intellect and the bodily inclination are in agreement here.

Difficult times is not always a sign of sin

While it is no doubt a good thing to use a time of difficulty for introspection and take account of oneself, it is also worth remembering that the mere fact that we may be going through difficult or troubling times in our lives is not necessarily a result of sin. This verse states that everyone, be they sinners or righteous, will all face testing times, and when it happens, it’s up to them to use it to their advantage.