‘Visit my mosque’ day in UK bids to tackle Islamophobia 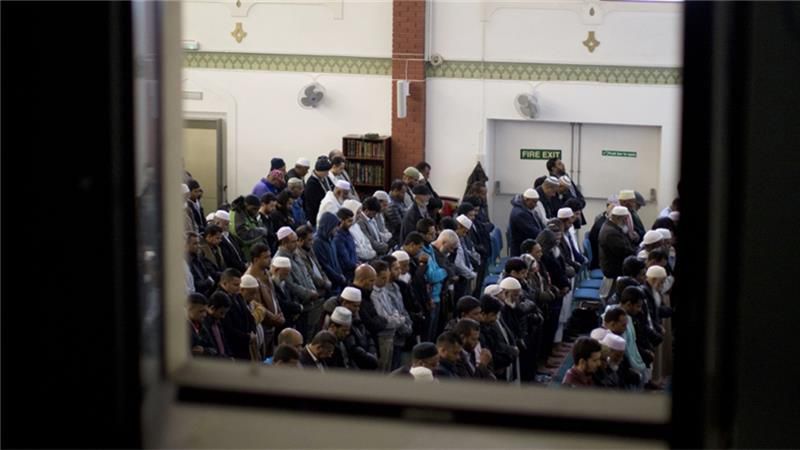 Mosques across Britain are planning to open their doors to the public in a bid to counter negative stereotypes about Muslims next week, against a backdrop of rising Islamophobia. Facilitated by the Muslim Council of Britain (MCB), more than 80 mosques will participate in the “Visit my Mosque” day on February 7 in England, Scotland, Wales and Northern Ireland. “It’s an opportunity for Muslims in the UK to put themselves out there and reach out to their local neighbours,” an MCB spokesman told Al Jazeera. “The day will allow for people to meet face-to-face, get to know each other and tackle misconceptions.” Visitors of all faiths and none can visit one of the participating mosques, where they will be welcomed to ask questions, go on guided tours and have tea and snacks with volunteers and those who run the place of worship. There are at least 2.7 million Muslims in Britain, or less than five percent of the 64 million-strong population. Around half of British Muslims are born in the UK. “We hope that the achievement will be that people of different faiths, and those with none, will better understand us, and we will be more integrated with everybody,” Abdul Majid, chairman of the participating Camberley Mosque, told Al Jazeera. Typically, around 300 people usually attend Friday prayers at his mosque in Surrey in the southeast of England. “We live in a small town, so we don’t have many problems in this area. But there has been some misunderstanding in the media about Muslims, and this is the whole reason we are doing this day – to foster understanding.” Across the country, there have been more cases of Islamophobia following the attacks in Paris last November, which left 130 people dead. The November attacks were claimed by the Islamic State of Iraq and the Levant (ISIL) group, triggering a backlash against Muslim minorities in countries including France, Britain and the United States. Earlier in January, France held a similar open-door event to encourage integration, while Australia hosted a mosque open day in October last year. According to figures by the Metropolitan Police, which is responsible for Greater London, there has been a sharp rise in Islamophobic crimes. In December 2015, the force recorded some 158 offences across the capital, where the victims were known or perceived to be Muslim, more than three times as December 2014, when there were 50 Islamophobic crimes. “I’ve been in situations where people swear at me because I’m a Muslim,” Fatima Manjra, a volunteer at the Darul Arqam Mosque in Leicester, told Al Jazeera. “I was just driving home from work one day, and some people cursed, calling me a f*****g ‘raghead’. I was on my own, I had to stay calm.” Darul Arqam Mosque is another mosque taking part in the event next Sunday. “I didn’t report it [the incident]. I didn’t know if it was worth reporting at the time … We’re not safe from this [Islamophobia].” Last year was the first time a national open-door mosque event was held in Britain. Then, only 20 or so mosques participated. “It’s incredibly important right now, given the negative attention Muslims receive in the media,” said Manjra. “If you open a building up and show its social value, people will see that we are normal people just trying to get by. I hope people will see that there is nothing that we are hiding.” Source :