Geneva: After France, Netherlands and Belgium, Switzerland is now on its way to become the fourth country in Europe to impose a ban on burqa, with lawmakers on Thursday voting for a far-right move to outlaw face veils in public.

Swiss parliamentarians turned inwards on the sensitive issue of immigration on Thursday by endorsing a bill authored by a politician of a far-right party, that seeks to ban the wearing of face coverings in public, including in public transport.

A motion titled "masks off" – discontinuing with burqa or other facial covering in public mustered majority support of 101 parliamentarians in the lower chamber. It was opposed by 77 members. 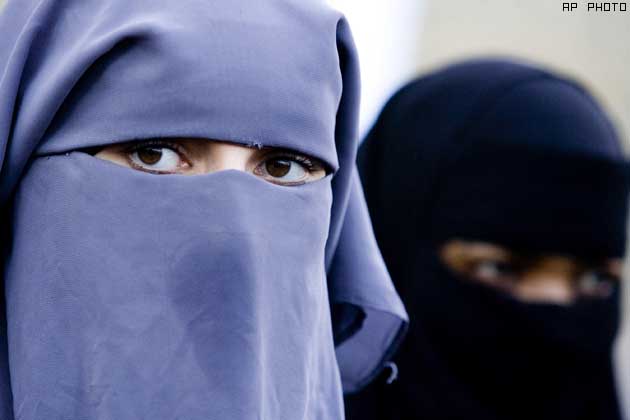 However, the Upper chamber is yet to give its green signal to the draft bill before it comes into force.

As the picturesque, land-locked country goes to national polls within three weeks, right-wing political groups are mounting a strong campaign on emotional issues of immigration. These groups want foreigners to abide by the values of naturalisation.

SVP party lawmaker Oskar Freysinger, authored the bill to ban the burqa in public stating "anyone addressing a federal, cantonal or communal authority exercising his or her functions, to present themselves with faces uncovered".

"At a time when insecurity is growing in our streets, more and more people are hiding their faces behind a balaclava, a mask or a burqa," he said.

"This makes it impossible to identify these people, a fact that is particularly troublesome in case of violence or identity checks," Freysinger claimed.

Besides, attempts are on to tighten the immigration laws, including asylum.

Switzerland invited political asylum-seekers with open hands but Swiss nationals are growing restive at the flow of new applicants from North Africa following the "Arab spring".

"We pay the price for the failures of the missed integration policy of the last years today", Federal Councillor Simonetta Sommaruga said about the problems with immigration.

Following France, which is the first European country to impose the ban on burqa in public places, other countries like Belgium and the Netherlands have followed in taking tough measures against burqa