The Centre for Islamic Studies (CIS) conducted a mosque tour at the beautiful Red Mosque in Pettah for Reverend Pat Conray, the Chaplain of the US House of Representatives and spouses of visiting US Congressmen.

The program was conducted by Asiff Hussein, Vice President-Outreach, CIS and Mohamed Jaleel, Head of CIS Youth. Hussein said it was a pleasure to do a mosque tour for the Chaplain of the US Congress and the wives of prominent US Congressmen who were visiting Sri Lanka for high level bilateral talks. “Our American friends really enjoyed the tour with a lot of questions thrown in. We hope to have more programs of this nature which should help in creating a better understanding between Muslims and those of other faiths”. Hussein also thanked the Trustees of the Red Mosque and Sheikh Ruzni Mufeer for all their support to the tour.

Awareness Through Mosque Tours, or ATMT for short, is a unique inter-faith initiative of CIS. It involves using the mosque as a medium to enlighten those of other faiths about the true teachings of the Islamic faith. Almost every aspect of the mosque from the absence of idols to the mihrab (the niche facing Mecca) and the saff (prayer rows) and even the minarets and domes are made use of to explain Islam to visitors.The Mosque Tour Program was conceived by Syed Raziuddin Ali, a Director of the Bahrain-based Discover Islam organization in the late 1980s. It is presently practiced in a number of countries including Bahrain, Turkey, Malaysia and Singapore. 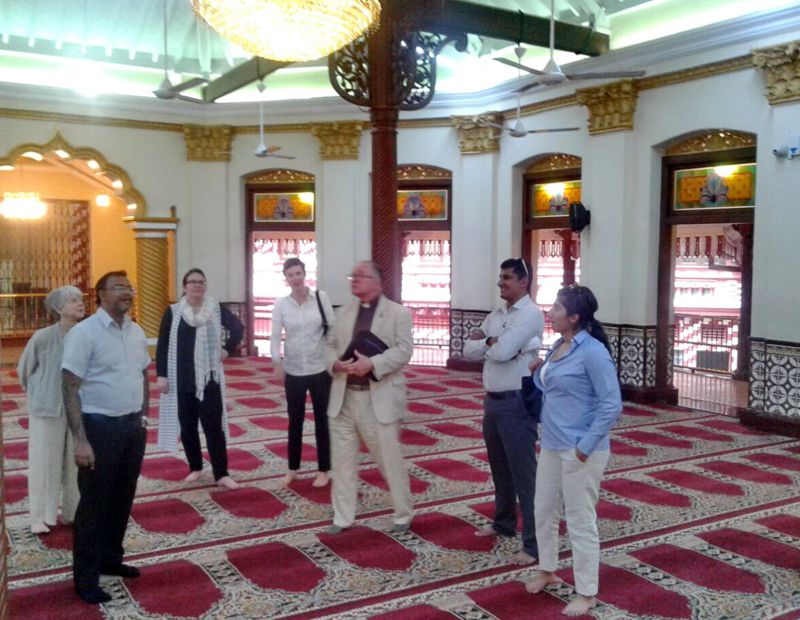