The conversion of the Mongols: The power of Da’wah by Abu ‘l-Hasan ‘Ali al-Nadwi 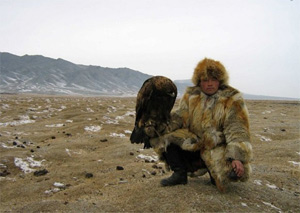 Islam was about to be submerged in the whirlpool of the Mongol ardour of slaughter and destruction, as several Muslim writers had then expressed the fear, but Islam suddenly began to capture the hearts of the savage Tartars. The preachers of Islam accomplished the task by carrying the message of Islam to the barbaric heathen hordes.

The conversion of the Mongols to Islam was indeed one of the few unpredictable events of history. The Tartaric wave of conquest which had swept away the entire Islamic east within a short period of one year was, in truth, not so astounding as the Mongol’s acceptance of Islam during the zenith of their glory; for the Muslims had, by the beginning of the seventh century of Muslim era, imbibed all those vices which are a natural outcome of opulence, luxury, and fast living. The Mongols were, on the other hand, a wild and ferocious, yet vigorous and sturdy, race who could have hardly been expected to submit to the spiritual and cultural superiority of a people who were so completely subdued by them, a people whom they despised and looked down upon. T. W. Arnold expressed his amazement over the achievement of this unbelievable feat in his The Preaching of Islam:

“But Islam was to rise again from the ashes of its former grandeur and through its preachers win over these savage conquerors to the acceptance of the faith. This was a task for the missionary energies of Islam that was rendered more difficult from the fact that there were two powerful competitors in the field. The spectacle of Buddhism, Christianity and Islam emulously striving to win the allegiance of the fierce conquerors that had set their feet on the necks of adherents of these great missionary religions, is one that is without parallel in the history of the world”.

“For Islam to enter into competition with such powerful rivals as Buddhism and Christianity were at the outset of the period of Mongol rule, must have appeared a well nigh hopeless undertaking. For the Muslims had suffered more from the storm of the Mongol invasions than the others. Those cities that had hitherto been the rallying points of spiritual organization and learning for Islam in Asia, had been for the most part laid in ashes: the theologians and pious doctors of the faith, either slain or carried away into captivity. Among the Mongol rulers — usually so tolerant towards all religions — there were some who exhibited varying degrees of hatred towards the Muslim faith. Chingiz Khan ordered all those who killed animals in the Muhammadan fashion to be put to death, and this ordinance was revived by Qubilay, who by offering rewards to informers set on foot a sharp persecution that lasted for seven years, as many poor persons took advantage of this ready means of gaining wealth, and slaves accused their masters in order to gain their freedom. During the reign of Kuyuk (1246-1248) who left the conduct of affairs entirely to his two Christian ministers and whose court was filled with Christian monks, the Muhammadans were made to suffer great severities. Arghun (1284-1291) the fourth Ilkhan persecuted the Musalmans and took away from them all posts in the departments of justice and finance, and forbade them to appear at his court. In spite of all difficulties, however, the Mongols and the savage tribes that followed in their wake were at length brought to submit to the faith of those Muslim peoples whom they had crushed beneath their feet.”

Unbelievable and of far-reaching significance, although the conversion of the Mongols to Islam had been, it is also not less surprising that extremely few and scanty records of this glorious achievement are to be found in the annals of time. The names of only a few dedicated saviours of Islam who won proselytes from the savage hordes are known to the world, but their venture was no less daring nor their achievement less significant than the accomplishment of the warriors of the faith. Their memory shall always be enriched by the gratitude of Muslims, for they had, in reality, performed a great service to humanity in general and to the Muslims in particular, by diffusing the knowledge of faith among those barbarians, winning them over to the service of One God and making them the standard-bearers of the Apostle of Peace.

After the death of Chenghiz Khan, the great heritage of that Mongol conqueror was divided into four dominions headed by the offspring of his sons. The message of Islam had begun to spread among all these four sections of the Mongols who were rapidly converted to the faith.