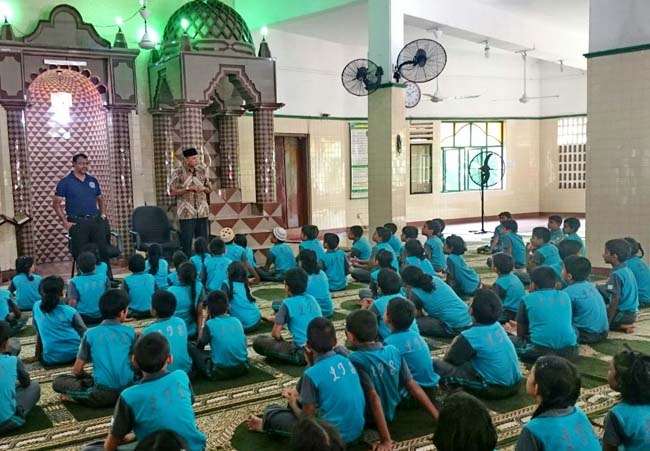 The Centre for Islamic Studies (CIS) in collaboration with historic Wekanda Jumma Mosque recently conducted a mosque tour for the students of Lyceum International School.

The program was conducted by Asiff Hussein, Vice President-Outreach, CIS and Tuan Farook Latiff, a one-time Trustee of the mosque whose family has traditionally served as the katheebs (chaplains) of the mosque in Slave Island built way back in 1786.

Awareness Through Mosque Tours, or ATMT for short, is a unique inter-faith initiative of CIS. It involves using the mosque as a medium to enlighten those of other faiths about the true teachings of the Islamic faith. Almost every aspect of the mosque is made use of to explain Islam to visitors.

ATMT in Sri Lanka was launched at Wekanda Jumma Mosque in August 2014 with the first tour group comprising of three distinguished visitors from the US embassy in Sri Lanka including its Cultural Affairs Officer Dawn Suni and Press Officer Joshua Shen.