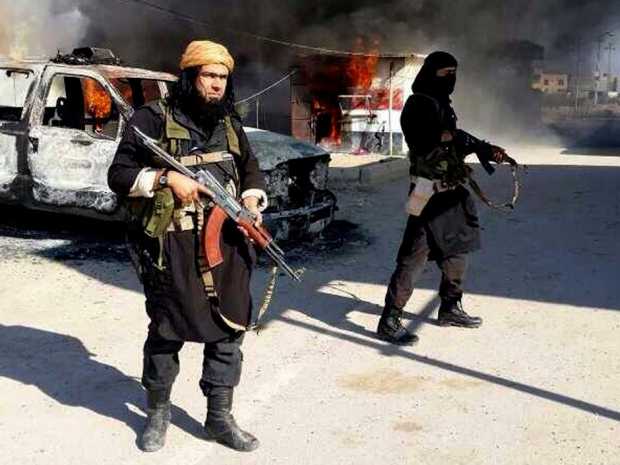 AP Photo via Militant Website, File ISIS fighters next to a police vehicle in Iraq’s Anbar Province in January 2014.

Is Islam inherently more violent than any other religion? In her new book Fields of Blood: Religion and the History of Violence, respected historian and author Karen Armstrong explores the roots of bloodthirst and prejudice – and finds it not any holy tradition but in the human quest for power and personal significance. She spoke to Patricia Pearson this week about why we so often get religion wrong.

Q: The fact that you even have to write this book is interesting.

Q: Maybe one of the reasons is because there is a lot of illiteracy now around religion.

A: There is, indeed. And also a sort of laziness about looking at some of the other factors contributing to Islamc extremism. There is a malaise among the young, a sense of helplessness and lack of meaning in their lives that is a very serious thing that we have to take into account when we consider this vogue for converting to Islam. Two of the young men who left Birmingham, England, to go and fight in Syria had ordered a book called Islam for Dummies. There’s such a wide range of religious illiteracy involved in this. They’re certainly not inspired by Islamic ideals. They’re making it up on the plane over.
Q: So where does the idea of Jihad and those heavenly virgins come from?

A: They came from soldiers manning the frontiers of the Islamic empire, who had been away from their families and homes for years. So they developed hugely compensentory day dreams, if you like, about what awaited them in heaven to make up for all the deprivations. It was they that said that Jihad was a central pillar of Islam. This was not the case in places far from the frontier, where Muslims thought of Jihad as a struggle to create a just society, such as giving to the poor.

Q: Tell me about Wahhabism – the Saudi-based sect of Islam that informs ISIS fighters.

A: The whole exportation of Wahhabism over the last 30 years is a huge problem. In several countries, the young have been brought up on a form of Islam in Saudi-funded schools that gives them a very narrow and restricted view of their own faith and a very limited view of all other faiths. This is entirely uncharacteristic of Islam. Before Wahhabism, which developed in the 18th century, the most popular form of Islam was Sufism, which had a very positive view of other faith traditions. It’s quite common for a Sufi to cry in ecstacy that he’s neither a Muslim nor a Christian nor a Jew because once you’ve glimpsed God these manmade distinctions fall away. And that is very much endorsed in the Koran as well. Indeed, in one passage, it says that religious pluralism is God’s will.

That has all been knocked out in Wahhabism, because they call any other form of Islam “apostate.” Also, Wahhabists encouraged people to read the Koran directly, and ignore the centuries of interpretation by learned scholars. Now that sounds great and liberating, but people were then licenced to come up with many wild interpretations. In the past, no one read the Koran on its own; it was enmeshed in a wide swath of complexity that actually held radical interpretations in check. Now that check’s been lifted, and all kinds of freelancers like Bin Laden, who is no more qualified to issue a Fatwa than I am, have free reign to come up with these extraordinary interpretations.

Q: What motivated the Saudis to promote this extreme form of Islam?

A: After the Iranian revolution, their noses were put out of joint. They started sending out all these clerics to counter the Shia influence of Iran. The United States encouraged this, because they hated Iran after the hostage crisis. Of course the CIA knew nothing about Islam and thought, “Well, if it’s anti-Shia then it must be okay.” Even now, their knowledge of Islam is pretty ropey. There’s still remarkable ignorance.

Q: So how do we fight back against stereotypes – and also against ISIS?

A: Obviously we can’t let extremists rampage around. There has to be a military corrective here. But we also need to remember that the fighters in ISIS are not only ignorant about their own faith, like the guys who bought Islam for Dummies, they are also former members of Saddam’s regime: secularists, and Bathist socialists with military training. There’s a wide range of recruits, here. It’s savage and barbaric but it’s also an extremely efficient, self-sustaining business worth two billion dollars. If we just put it down to their “crazy religion” we’re refusing to see the dark side of our own modernity