J.K. Rowling had a few words for Rupert Murdoch. The "Harry Potter" author responded sharply to Murdoch's tweet that while "Maybe most Moslems peaceful," all were responsible for "growing jihadist cancer" until they worked to destroy it.

Rupert Murdoch said:
Maybe most Moslems peaceful, but until they recognize and destroy their growing jihadist cancer they must be held responsible.

Rowling sent a handful of tweets Sunday attacking Murdoch. She wrote that since she and Murdoch were both Christians, she felt responsible for him and would "auto-excommunicate." She mockingly accepted the blame for the Spanish Inquisition and for any violence by Christian fundamentalists.

J.K. Rowling replied:
I was born Christian. If that makes Rupert Murdoch my responsibility, I'll auto-excommunicate. "Oh, and Jim Bakker," she added, referring to the American

Rowlings comments came in the wake of Hollywood actor Ben Affleck’s defence of Islam against Chat show host Bill Maher comments criticizing Islam. Maher claimed that  Islam was worse than other faiths because it called for the death of those who criticised it, Affleck shot back: "Hold on – are you the person who officially understands the codified doctrine of Islam?" It's gross and it's racist. It's like saying 'Oh, you shifty Jew!'" 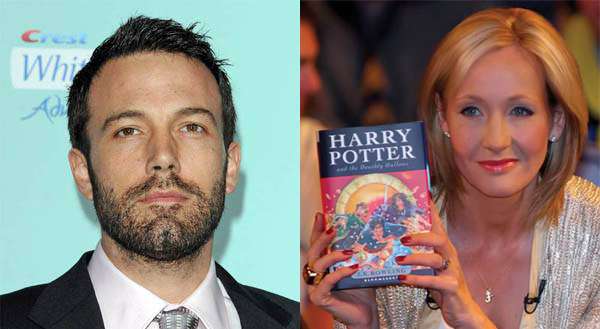