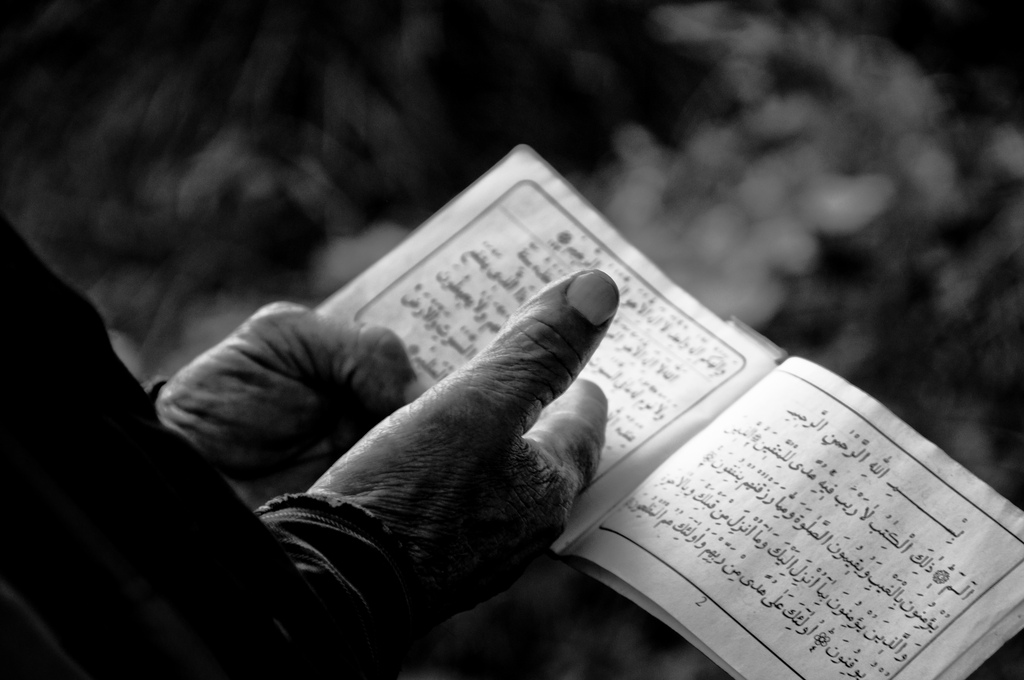 Many of us have an addictive relationship with Facebook. We check our accounts compulsively, multiple times a day. It is sometimes the last thing many of us do before we sleep and the first thing we do when we wake up; time flies when we’re on it, and it is obsessive.

Yet how many of us have an addictive relationship—have any relationship—with the Qur’an? This is the Book that transformed alcoholic, oppressive, baby-girl-burying people into callers for justice, defenders of the oppressed, soft-hearted, humble worshippers of the Lord of All the Worlds. If what is contained in this Book brought eternal peace to the hearts and freedom to the souls who were chained to the whims of their own desires, it undoubtedly can emancipate us from our own problems, heartaches and stresses. However, its ability to powerfully impact us may go a lifetime unrealized if we continue to decide that other relationships are more important.

Some of us want to establish a relationship with the Qur’an, but may find it… boring, difficult to understand, or simply not fast enough. We’re used to status updates, pictures and vivid virtual conversations. We prefer fun captions and vivacious images. We prefer real people, an interchange of words and tangible friendships—or at least, Facebook friendships. A lot of us don’t even really know the people we add as friends.

In reality, what we prefer is what the Qur`an already offers and more; it’s just up to us to experience the paradigm shift, with God’s help. Here are a few ways we can tangibly work to establish our relationships with the Qur’an and in doing so, elevate ourselves in this life and in the Next, by the will of God.

What is it about Facebook or other forms of social or popular media that makes you come back, over and over, sometimes multiple times a day—at a minimum? Is it the novelty of reading ever-changing statuses or finding new pictures? Is it feeling appreciated when others comment on your posts? Is it the fun of having instantaneous connections? Is it just boredom? Whatever it is, identify why you keep going back. Then, tweak your reasons for that connection and apply it to the Qur’an.

Mary `alayha assalaam (peace be upon her) says something, then God Almighty responds. Jesus `alayhi assalaam (peace be upon him) tells his disciples something and they all start tweeting him back. Moses (as) posts on Pharaoh’s wall, Pharaoh responds with his henchman and is finally completely deleted from Facebook—and the world—in its entirety. God’s Book is more intense, exciting and novel than anything on Facebook. We just need to add it and tag it as our Best Friend.

Sometimes we find Facebook addicting because of our ability to interact with our friends. So let’s find the Qur`an addicting because of our ability to interact with God. When reading God’s Book and you want to like something, say alhamdulilah (all praise is to God)! You’ll get rewards and be increased in what’s good (Qur`an 14:7).  When you personally want to respond to a status, put up your hands and make du`a’ (supplication)! Instead of aimlessly commenting, you’ll be strengthening your connection with the One Who can hook it up for you, Who can hear you and will answer you! When you read the descriptions of Paradise and Hell, know that Allah Most High is uploading images for you to focus on and be impacted by; when you’re captivated or horrified by the image, comment through your actions! Do the actions which will include you amongst the chillers in Paradise and keep you from being in the excruciating fire. That type of commenting will bring everlasting results in this life and the Next and, God willing, Allah subahanahu wa ta`ala (exalted is He) will tag you as His homies in this life and the Hereafter.

Make the Qur`an Our Best Friend

Oftentimes, when we’re sad or lonely, when we’re bursting with joy or excitement, when we’re apathetic or just need some down time, we post it. We let everyone know how we’re feeling, what we’re thinking, something that went down in our day or what we wished didn’t go down. We often treat Facebook as a best friend; checking it and reconnecting frequently. Here’s our opportunity to start shifting that connection; let’s start calling Allah’s Book our BEST FRIEND. With ourselves, let’s start using the term, “Best Friend,” for the Qur’an.

Now, apply that same understanding of your best friend relationship to the Qur’an. If you take the Qur’an as your Best Friend, you’ll run to it when you see it near, knowing it’s calling you, ready to listen to whatever it wants to share for your own benefit, guidance and happiness. When you’re distraught, feeling lonely or at loss, you’ll go to your Best Friend, hold it to your heart, open it and begin reading it, reciting from it, reveling in its mind-blowing empathy, its heart-warming sympathy, it’s perfection of wisdom which relates directly to your situations. When you’re excited beyond measure; ready to jump through the roof because you finally got into that school, got that job, regained your health, going to get married to your dream person or had the blessing of your child, you’re going to pick it up and shed tears of joy or words of elation with it, knowing that in reality, you’re going back to the One Who gave you all that you’re excited about in the first place.

Making the Qur’an your best friend begins with a paradigm shift; this is not simply a Holy Book; it’s the pinnacle of your life, it’s your first supporter, your constant companion, your guide, the keeper of your secrets—it’s your Best Friend.

Set a certain amount of Qur’an that we must read, regardless of the circumstances, every day. Make sure this amount is in a language that we understand. If we can read Arabic and understand some of it, then read the Arabic but also read a translation. Allah (swt) revealed the Qur’an in the language of the Arabs for them to understand it so that they can live by and be transformed by it. Thus, read it in a language that will impact your life, and do it daily. From 20 pages to only 1 verse, do whatever amount you can do consistently and stick with it because the Prophet ﷺ (peace be upon him) taught us that the best actions are those that are small, but consistent (Bukhari). Reading the Qur’an daily, year-round, is better than reading a ton only in Ramadan and then disregarding it. How can a relationship flourish to its fullest if it is only maintained once a year?

Facebook can be a great networking tool, but if used obsessively, we can become addicted to a media which often brings minute tangible benefits to our lives. Allah’s Book is an incredible networking tool which will connect us to the Creator of the Universe, the One through Whom we can gain tangible benefit in this life and the eternal hereafter. Let’s go to Allah’s Book—to our Best Friend—to the Qur`an—because the best “like” is when Allah (swt) likes your life.