The event saw the participation of 127 persons of other faiths including lecturers, students and religious dignitaries. Buddhist and Tamils students actively participated in organizing the event. Venerable Sumanadassi dwelled on the need for religious harmony co-existence and appreciated Muslim rituals. He was followed by Guest Speaker Shah Jahan who gave a comprehensive speech on the similarities between Islam and Buddhism. Other highlights of the program included a quiz contest, distribution of questionaires and Islamic Qaseeda songs sung by the girls of the Muslim Majlis.

Gift packs containing a translation of the Holy Qur’an and Muhammad Pocket Guide by Dr.Husam Taglow were also gifted to the Thero, Dean and Academics while free Sinhala literature on Qur’an, Prophet Muhammad and Oneness of God produced by CIS were distributed among all participants. Another work that enjoyed much demand was the booklet of posters produced by CIS titled What Islam teaches us about Human Rights, Women’s Rights and Animal Rights with most students requesting Sinhala and Tamil versions of it.  A questionnaire to elicit feedback on Islam and Muslims from the participants was also handed to the participants, with a good response.

At the conclusion of the program, the Dean of the College of Education requested CIS to join them in promoting mutual understanding especially among the educated youth. The Program was spearheaded by CIS Outreach Officers Niufar Wahid and Mohamed Azam assisted by the Muslim Majlis of the College. 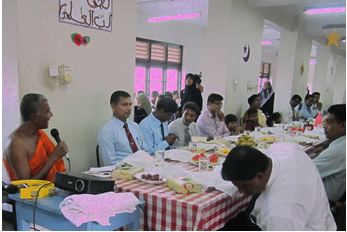 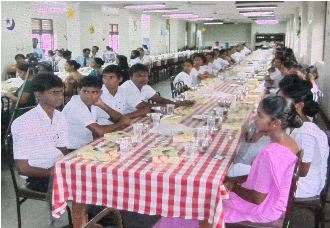 Section of the participants. A total of over 120 persons of other faiths participated in the Program 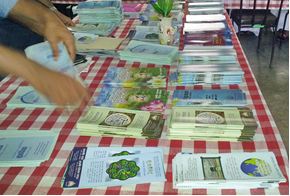 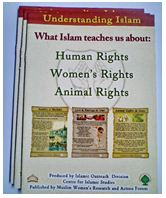 Some of the literature distributed at the event